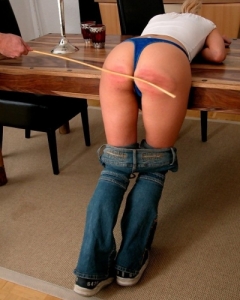 Very, very, loosely based on a true story.

It is a severely cold winter day. In the center of the metropolis where I live, outside the urban campus of a state university. I stand at the bus stop, watching the snow slowly fall to the ground, lightly almost dancing to the ground.

At the bus stop, there are only two of us.

We are both cold.

There is me, in my cold winter jacket, wishing that I had remembered a pair of gloves.

And near me, there is an Asian woman. She is wearing a college jacket, and she is speaking Chinese into the phone as rapidly as she can.

I, of course, do not speak a word of Chinese.

As her conversation goes on, I just shiver. My jaw vibrates after the wind thrusts another blow down the road between tall buildings at us.

Soon, her phone conversation is over. She sits down on the bench, and I soon walk over.

I decide to make conversation with her.

“Are you from China?” I ask her, recalling her speaking of the Chinese language that I recognized, despite not understanding.

“No, Taiwan,” she replies, smiling, happy that I am giving her my company.

“Oh…” I say about to make a joke. “The Republic of China, not the People’s Republic…”

She giggles to herself. I laugh. In conversations with people who speak poor English, things can become jokes that are not ordinarily such.

The part of me that has certain interests brings a certain question into my mind. Do I dare ask it?

I have my usual mixed feelings. It not everyday I meet someone from outside of mainland China, with its ‘educational reforms’ won in the 1949 revolution. Do I dare ask the question that haunts me?

Why not, I finally decide. I will most likely never see her again. She will never guess why I have such an interest.

“Do they have corporal punishment in the schools of Taiwan?” I ask.

“At some schools, not all. They did at mine.” Her smile, oddly gets brighter.

“Did you get it?” I ask, seeing she doesn’t seem to be repulsed so maybe I should delve further.

“Yes. I get whipping with stick for not doing homework assignment…” she replies, with a smile. “It is a good thing.”

“I am glad I was whipped…” she says. Her smile grows brighter.

Her face gets a little warmer, and she seems delighted that I asked her this question.

About four years prior, the young woman had been learning English in a Taiwan school room. It had been a hot day. Her teacher, a woman, was speaking to them.

“I would like a pair of gloves…” she said, reciting English.

The class repeated after her, very poorly enunciating the phrase. “I wud luk peer globs”

The teacher ordered them to try it again. The phrase was repeated in this “call response” style about seven times, until it almost sat crisply on the lips of the students.

Each student’s eyes were pinned directly on the teacher. Each boy and each girl were paying as close attention as possible.

Ji Li, the woman I would encounter years later, as a college student, was particularly paying close attention on this day. It was her first day at a new school.

Her parents, out of frustration with her sloppiness and absent minded school efforts had transferred her. It was her first day, and she was paying close attention.

She wanted to fit in and make a good impression on the first day. She repeated the English phrases as perfectly as she could.

When this section of the class ended, the teacher calmly asked for the students to take out their homework assignments.

It was Ji Li’s first day, so without any fear, she had no homework assignment.

But as the teacher walked through the class, looking over assignments, she stopped at Ji Li’s desk.

The teacher asked Ji Li where her homework was. She of course, did not have it, as it was her first day.

The teacher seemed unmoved by this legitimate excuse. She informed Ji Li that violating the school rules, no matter what day, was impermissible, and that having one’s homework was required. Ji Li began to panic. She could not have possibly known about the assignment, but this seemed not to matter.

The teacher turned her face away from the panicking eyes of Ji Li. She asked her fellow students, who knew that this was a ‘rite of passage’ at the elite school, what the punishment for not having homework done was. The students responded in unison that a whipping was necessary.

Ji Li panicked even more at this. At her old school they did not spank, whip, cane, or paddle students. She had heard that her new school was strict, but she did not realize that corporal punishment would be implemented for lack of homework.

Though Ji Li did not realize it, every student went through this on their first day at the elite school. It was a bit of ‘preventive’ measure, and it was also a form of hazing.

The teacher pulled from beneath her desk, the long, British style rattan cane and walked over to Ji Li’s desk and brought it down with a thwack.

She was led up to the front of the class, and her skirt was turned up. Her underwear was pulled down, and the class chanted in unison, counting each number. She received six strokes, a traditional British form of discipline imposed by the colonials and missionaries in years past, still in effect in ‘free’ China’s ‘Republic’ of Taiwan.

The pain seemed almost unbearable. Ji Li returned to her desk in tears, but her classmates applauded her.

This ritual was repeated in each subject that day. Ji Li received six strokes of the cane in each of her five classes that day.

At the end of the day, her buttocks dripped with little drops of blood. She hated the school, and she hated her parents. She cried herself to sleep that night. She was upset. Her life seemed to be hell.

However, at the end of the day, she was sure to complete her homework. Her absent mindedness seemed to be cured by the fear of ‘six of the best’. Only two other times during her school experience was she ever caned.

The fear of the rod had been enough to cure her of her lack of focus. Soon she was getting very high grades, no longer crippled by the illness of lack of discipline.

Ji Li looked back on the canings on the first day, not as punishment, but as a visit to the dentist, or a painful surgery. The pain she had suffered had cured her of her failure to focus and get her work done, but to do that, a huge amount of pain and terror had been injected in her.

Ji Li could only live the happy life she now had, as an award winning student, studying in the United States, because of her severe canings, and the threat of it that drove her to greatness, like the lash that jockeys use to drive horses.

On the first day of her senior year, when each incoming freshman was to be caned, taking up a great deal of class time, Ji Li volunteered to assist her teachers. She cut down on the time the ‘ritual’ took, by the fact that her teachers only had to cane half the class, while she caned the other half.

Each of the freshman girls and boys gave her looks of hatred on that day. But Ji Li smiled back at them, as they dropped their pants, lifted their skirts, lowered their underwear, and allowed her, as a teacher’s assistant due to her high grades, to give them each six of the best, undeterred by their yelps of pain.

On her last day in high school, Ji Li handed that English teacher, who had first caned her a present. It was a thick rattan cane. She had saved the allowance her parents had given her for weeks, to purchase the fine implement.

It was much larger and thicker than the small cane the teacher had used on her.

Upon handing the gift to her long friend and mentor, the teacher hugged her.

The teacher had told Ji Li how much she worried about her in the United States, a very violent country far from her family. Going away to study there, the teacher warned, would require her to be safe at all times, and very focused on her studies.

In order to remind Ji Li of these important lessons, at the teacher’s request, Ji Li bent over, and lifted her skirt. Her panties were lowered, and her teacher awarded her not just six, but twelve strokes.

It was a going away present.

When Ji Li looked up, not just she, but her teacher too was crying.

Ji Li hugged her teacher. Her teacher told her, in English, the language they both spoke fluently now, that Ji Li was exceptional student.

“Take the pain with you. Let it drive you on to great things!”

At the bus arrived, I was disappointed that cold day. It wasn’t the right bus.

I was condemned to more coldness as I waited.

But Ji Li had been awaiting this very bus. As it pulled up to me, she ran not toward it, but to me.

She wrapped her arms around me saying, “It was so good to meet you.”

I was startled by this ambush hug.

Before I could respond, she was on the bus. It rushed away, into the snowy distance.

I had no idea why she was so touched by my ‘inquiry’.